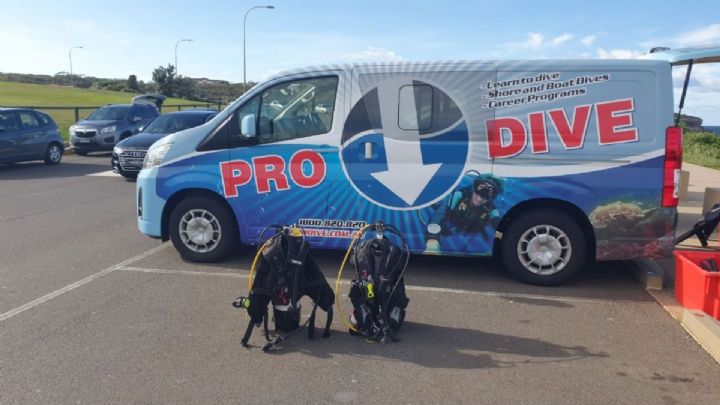 Coogee is one of Australia's oldest beachside suburbs with plenty to offer locals and travellers alike. We've got soft white sand, ocean pools, seaside parks and spectacular views all with a relaxed vibe. There is plenty of adventure too, from coastal walks between Coogee and Bondi to snorkelling and scuba diving in Gordon's Bay.

Pro Dive Coogee is located to the east of Sydney's CBD and 10 minutes south of the world-famous Bondi beach. Accessible by a short bus ride from Central station or if you'd prefer to drive, there is plenty of street parking available (summer is very busy).

We are lucky to be within 20 minutes of some of Sydney's best diving locations: Camp Cove, Clovelly Pool, Gordon's Bay and Bare Island, each with unique characteristics.

Gordons Bay is located south of Clovelly Beach and north of Coogee Beach. Access to the bay is only limited to pedestrians via the surrounding streets or the Coastal Walk. Protected by an offshore reef, it is a popular scuba dive spot, and the calm waters hide an underwater nature trail, great for new divers and navigation.

The fish range from common temperate species through to tropical species that move south on the East Australian Current (EAC). Iconic species to NSW such as blue groper, giant cuttlefish and wobbegong shark inhabit the area and protected species like the elegant wrasse and black rockcod also venture here. The blue-ringed octopus is also a rare but thrilling sight, as long as you keep your distance! Join us and explore Sydney underwater!